The Rick and Morty episode was mostly about tribalism. The holo-Rick embodies the way people oppressed by the dominant culture preach tolerance until they have power, and then oppress everyone else. Holo-Rick is the early Roman Christians, and the Pilgrims, and Israel, and identity politics types, and a million other groups who begged for tolerance right up until they had power, then they made others do the begging.

And then it turns out the wasp-people, the group who has been dominant in their world forever, and who prosper off the suffering of others, are the most empathetic, though that empathy doesn't extend to their prey.

The wasp-people are essentially rich neoliberals, capable of great charity and empathy on social issues, but utterly ruthless about the economic issues that made and keep them rich.

In their own way, they are just as tribalistic as the other groups parodied in the story, but that tribalism isn't tinged with anger and revenge the way the others are. Instead, it is a tribalism that obliviously takes for granted that caterpillar people(it's not an accident that the caterpillar person is black) are food and will always be food, and that the easy living acquired by making them food allows wasp-people to be kind and generous in almost any other context.

I think some of this Iron Man story has similar themes, but it is not nearly as layered and nuanced as the Rick and Morty story, at least not on this particular subject. Mind you, the Iron Man story has simultaneously been trying to deal with the sort of identity issues implicit in "Altered Carbon", "Blade Runner", "The 6th Day", etc, as the main plot. So it can be forgiven for not doing as impressive a job on what was essentially just a subplot. 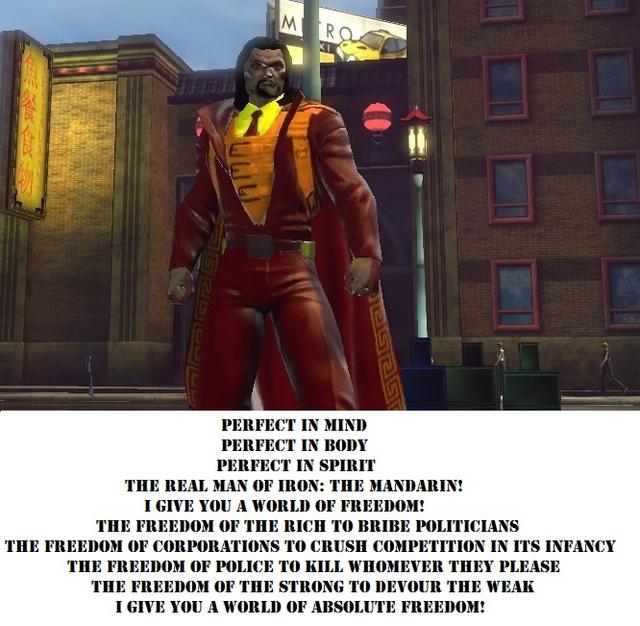 Posted with Mozilla Firefox 70.0 on Windows 10
NewEmailPrintRSSIndex
All the content of these boards Copyright © 1996-2018 by Alvaro Ortiz and Dave Galanter. Software Copyright © 2003-2018 Powermad Software